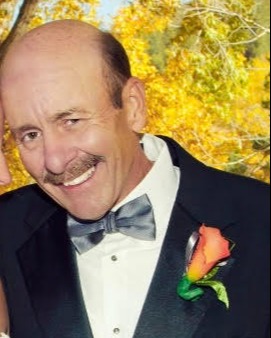 It is with a heavy heart that we announce the death of our dad, David Douglas Saxon. After a brief battle with an aggressive form of lung cancer that progressed to his brain, he took his last breath on Wednesday, November 23, 2022. He was 68. A man of strong faith, our dad's happiest times were when he was with his grandchildren, giving them cookies or singing them the blues. We pray that people will remember our dad as a jokester, always telling some sort of grand story, and mostly for being known around town as "Annie's dad".

David is survived by his siblings Dick and Dee Saxon of California, Thelma and Ross DeBenon of California and Don and Beth Saxon of South Carolina; children Annie and Eric Stiasny of Dove Creek and Brandon and Rebecca Saxon of Denver; grandchildren Sawyer, Hudson, and Quinn Stiasny and Sophia, Olivia, and Scarlett Saxon. It is with no doubt that in another time, in a happier place, we will see each other again Dad.

David is preceded by his parents, Earl Jack and Annie Laurie Saxon of California.

A Celebration of Life is planned for early summer in David's birthplace of Southern California, where his relatives reside, it is warm, and near the ocean. “Another Blues Man Gone Home”.

To order memorial trees or send flowers to the family in memory of David Douglas Saxon, please visit our flower store.