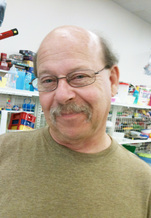 On October 14, 2021, Timothy Robert Eckhardt died of a short battle with cholangiocarcinoma. He was 69 years young.
Born in 1952 in Yankton, South Dakota, Tim is the son of Ruth Marie and Lloyd Edward Eckhardt. He grew up in the Houston area and raised his five children in Texas, Colorado, Washington, and eventually, Blue Springs, Missouri, where he lived, worked, and played until his death.
A lifelong machinist, Tim worked as a Product Inspector at Fike Corporation. He deeply enjoyed mentoring young machinists under his purview. He was also a top-of-his-class student of the Aviation Institute of Maintenance in Kansas City. Tim was spirited and sometimes mischievous. The open road often called him for trips on his Harley, and he loved grilling barbecue for gatherings of his friends and family.
Tim is survived by a large family, including five children, Steffan, Jason, and Aimee Eckhardt, Heather MacConnell, and Kimberly Rodriguez. He also has nine grandchildren (Colin, Preston, Mia, Priscilla, Willow, Nathanael, Bella, Alex and Saxon) and six great-grandchildren (Serenity, Altreus, Addison, Ayla, Lydia and Reagan). Tim is also survived by four brothers, Gene, Lindsay, Curtiss, and Gary Eckhardt, his uncle Don and aunt Rosie, as well as his beloved dog, Billie.
He was preceded in death by his parents, Ruth and Lloyd Eckhardt, his eldest brother, Dennis, and his granddaughter, Mia.
There will be two services for Tim: a Celebration of Life in Kansas City in Fall, 2021 (details to follow), and a graveside service at Sacred Heart Catholic Church and Cemetery in Yankton, South Dakota in Spring, 2022.
Please send any memorial gifts in Tim's honor to St. Joseph's Indian School (https://www.stjo.org/) or Disabled American Veterans (www.dav.org).

To order memorial trees or send flowers to the family in memory of Timothy Eckhardt, please visit our flower store.